Home About Us Guidelines Facilities Faculties Photo Gallery Contact Us 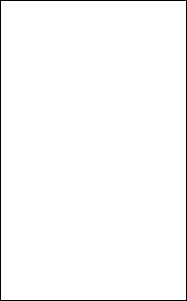 Running under the parent Institution headed by Vishuddhu Vidyalaya. This Institution started firstly C.P.Ed. in the year 1967 which was continued upto 1969, after wards this converted in D.Ed. Higher diploma in education H.D.Ed. which is equivalent to B.Ed. continued upto 1982 & was converted to B.P.Ed. (One Year) Course in year 1983 and then converted to B.P.Ed. (Two Year) Course from 2015-16 Session with the affiliation of Amravati University and recognised by Maharashtra State Govt. New College has been recognised by NCTE & accreditation by NACC.

Total Development of Personality of the pupil teacher through his mind, body and sprit

To develop attitude of pupil teacher as a nation builder.

To give them idea about responsibility of the teacher towards society.

To develop national integrity among the students.

To guide them about their rights and responsibilities as a teacher and member of society.

eTribal Scholorship (for ST only)

Login and Registration for BPED CET 2021